Due to ongoing family situation and major life upheavals, I will not be taking on any new review copies for a while. I’m already woefully behind as it is and need to work through the existing TBR first. I’ll continue monthly postings of the stockpiled reviews I’ve already written, and hopefully be able to get back on track later in 2021. 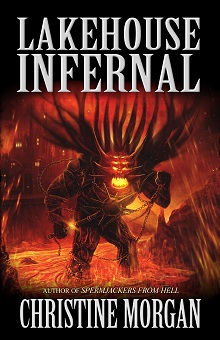 “Lakehouse Infernal is the coolest, ball-bustingest, most outrageous, and most ENTERTAINING horror novel you’re likely to find in a long time.” – Edward Lee author of CITY INFERNAL

At the end of Edward Lee’s Lucifer’s Lottery, the contents of a humble Florida lake were swapped out with six billion gallons of demon-and-damned-infested bloodwater filth from Hell. Now, with Lee’s permission and blessing, see what happened to the lake and the locals after, and see what happens when spring breakers, holy rollers, and the military get involved!

Available today from Deadite Press! With introduction by Edward Lee, who also requested to have a cameo. Fans of his works may notice some other familiar references and names.

White Death, a novel of historical horror … the blizzard of January 1888 hit hard, but for the pioneers of Far Enough in the Montana Territory, something more than freezing wind and ice awaits. New from Bloodshot Books! Available on Amazon!

Spermjackers From Hell: a gooshy novel of extreme horror and inappropriate sexual content; think ‘Weird Science’ by way of Edward Lee; decidedly not safe for work or sanity!

The Raven’s Table: a collection of Viking-themed horror and dark fantasy! 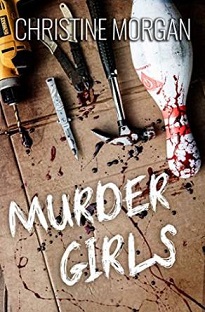 Eight little words: “I bet we could get away with it.”

One window-peeper with bad timing.

And a deadly new hobby begins.